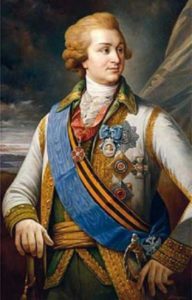 The exhibition in the Hermitage is devoted to the 280th anniversary of Prince Potemkin’s birth. Prince Grigory Potemkin of Taurida, a significant statesman of the 18th century, remained the most energetic associate of Catherine II for almost 20 years, playing a leading role in the Empress’s geopolitics. The exhibition will run until March 29, 2020.