This year the world-famous Peterhof fountains, operating on gravity, celebrate their 300th anniversary. 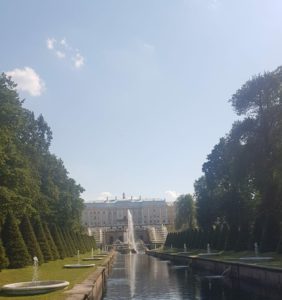 St.Petersburg was founded on May 27, 1703. To commemorate the year of its foundation, a new 703 m high skyscraper is to be built near the existing tower in Lahta which is the tallest building in Europe, being 462 m high.

TOURS TO RUSSIA FROM INDIA

With vaccination in progress both in India and Russia it is possible to visit Moscow and St. Petersburg in the 2021 travel season! As there are two flights a week between Delhi and Moscow nowadays, we are happy to offer you the tour of THE CAPITALS OF RUSSIA. In six days you will be able to see the highlights of Moscow and St. Petersburg. Please, visit our page For guests from India

Babolovo Palace, a bath pavilion of ten rooms in the Babolovo Park in Tsarskoe Selo, was built in 1785 in Gothic style for Count Grigory Potyomkin. The palace and park were given the name of the nearby Babolovo village, which non longer exists. The palace is famous for its granite Tsar-bath created in the 1820’s. The bath is made of one solid piece of dark-pink Finnish granite, its height is 192 cm, its diameter is 533 cm, and it weighs 48 tons. The palace was destroyed during WWII. The restoration works are to be completed in 2028. 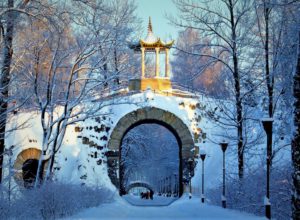 The Grand Caprice Pavilion in the Alexandre Park in Pushkin (Tsarskoe Selo) is undergoing reconstruction, and the works are due to end in November. The Pavilion, created in 1770-74, presents a mound with two arched spans over the roads, topped with a Chinese gazebo.

On January 27, 1944, 77 years ago, the siege of Leningrad was lifted, almost 900 days after it had begun on September 8, 1941, when the city was taken into blockade by the Nazi troops. The siege of Leningrad became one of the longest and most destructive sieges in the history of mankind with losses estimated at 1,5 million people; most of them died of starvation. Since then it is one of the most important memorial days in St.Petersburg (Leningrad) commemorated every year. 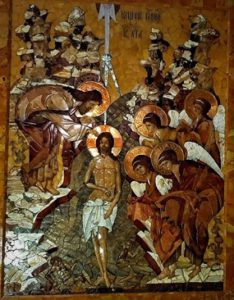 Yesterday, on January 18, on Epiphany Eve, Alexander Krylov, the famous restorer of the Amber Room, presented his new amber icon “Epiphany” at his exhibition in the Chapel of the Church of Our Saviour on the Spilled Blood. 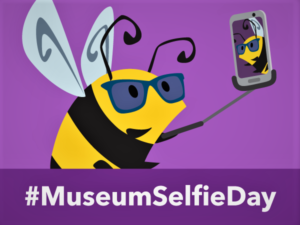 Museum Selfie Day will be observed on January 20 this year. Everyone is welcome to participate. All you have to do is share your photo in the museum you like on social media with #MuseumSelfieDay or #MuseumSelfie. The day is aimed at learning more about museums of the world.