Aivazovsky exhibition in the Russian Museum 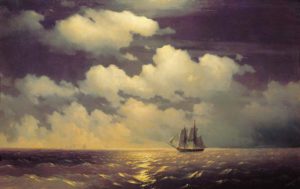 Aivazovsky exhibition in the Russian Museum

December 22, 2016 – March 20, 2017
Ivan Aivazovsky is a world-famous Russian marine painter and one of the most successful Russian painters of the XIXth century. His works are extremely popular not only in Russia but all over the world. In the collection of the Russian Museum there are 54 works by Aivazovsky. The exhibition presents about 200 paintings from Peterhof Museum, Tsarskoe Selo, St. Petersburg Central Naval Museum, St. Petersburg Naval Cadet Corps, Tretyakov Gallery, private collections.